Some pirates 'cause everybody likes pirates 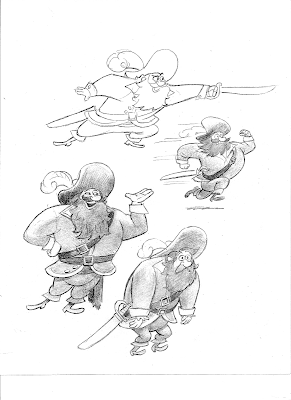 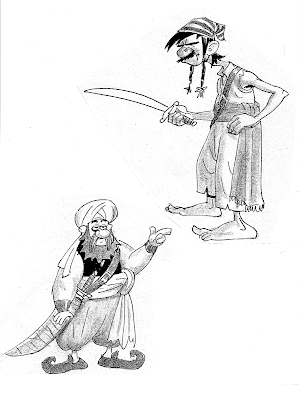 Here are some randomly styled designs of Buccaneers 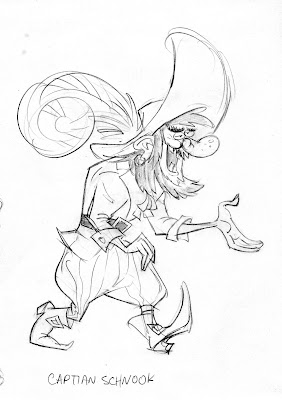 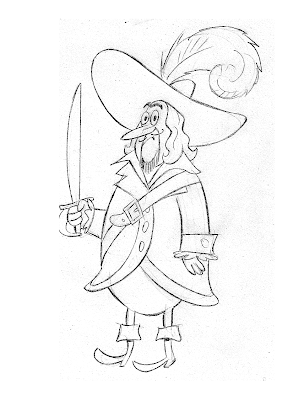 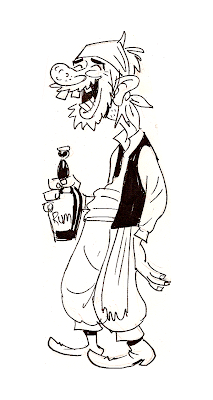 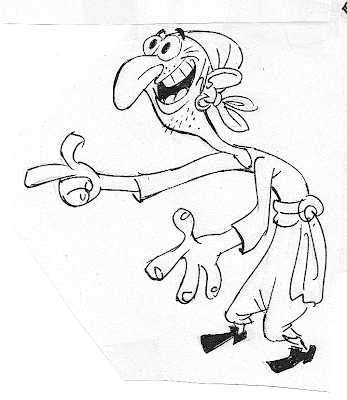 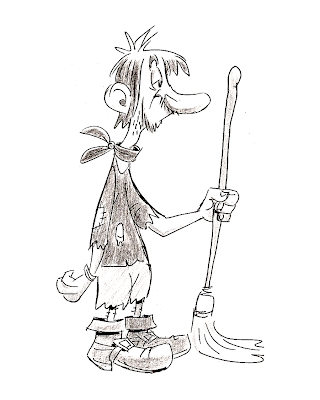 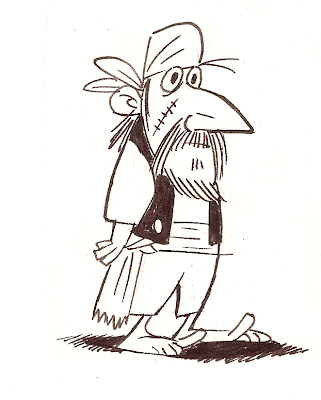 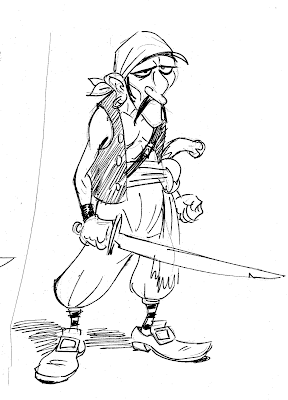 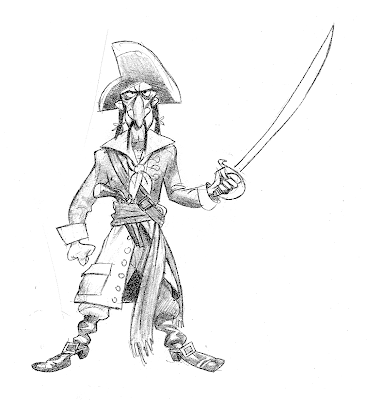 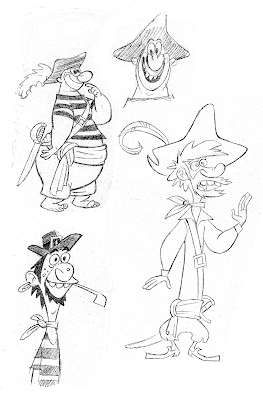 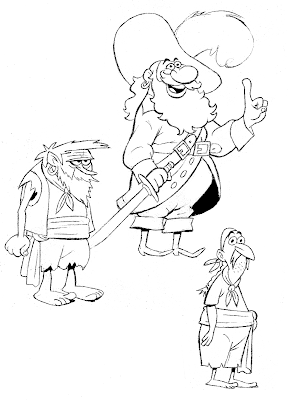 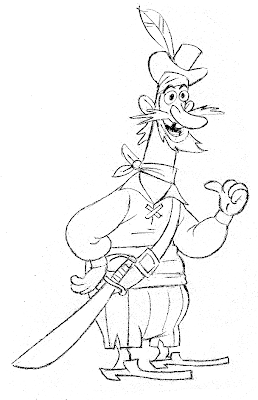 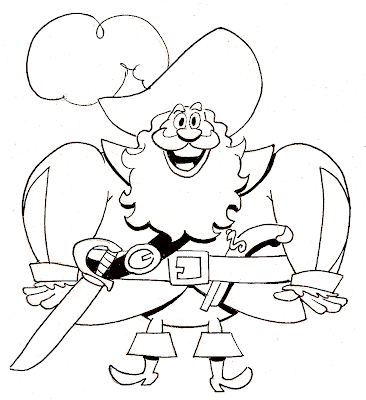 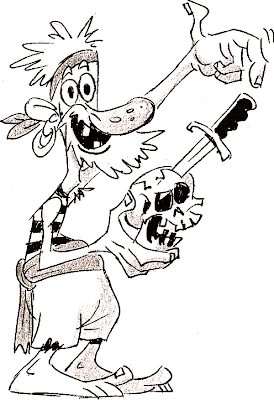 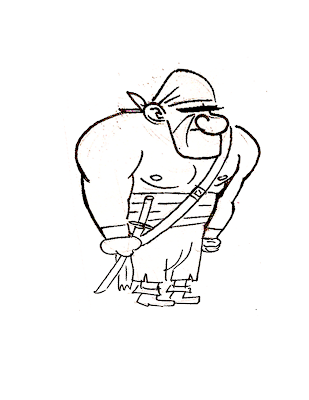 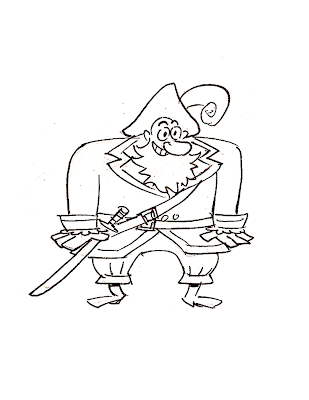 Ohh Man!!! they're so cool!! they've all got heaps of character!!! hehehe
Love 'em

Hey Lluis,
Thanks for the nice comment. Love your posters!

Ha! You snuck in a self portrait there - 3rd from bottom.

Great stuff Bob - those pirates alone would make for a great show idea. The Pirates Of The Coffeebean perhaps.

thanks for posting all these awesome drawings! i really like the simplicity of the second one from the bottom. Glad to see you are posting again!

BOB!! Hey, Fukker to you! Great site! I'm dressing up my own (it's shit) and adding an online comic section where I'm serializing Vanishing, Rocket Cop and some other things around my regular work.
I just finished a Lovecraft fictional bio. 160 pages ... whew.
I'm working with Larry, too. Cop Killer Town (CKT). I feel like I'm on a radio show plugging boner pills.
So, a story: I was just physically attacked (I'm so formidible) by a bouncer-sized guy at my first con, in must be five years. Out of the blue.
Some jackass posted that I was puking, passing out, lost my portfolio and art. You know I booze but that was whore-shit. I posted back that I don't puke (amature drinking), I passout only in the hotel, and I had no artwork at the show, so no portfolio. Blah, blah.
Further, I posited that his mother blows dogs for nickles. I know 'cause I thew a couple at her.
They threw me off the site! Some people ...

I just want to add, I've known Bob for better than 20 years (more a credit to his friendship than mine). He's without a doubt the most accomplished, varied and applied (hard working) arist I've ever known. He can work in any style/genre/medium at a moment's notice, and does. You guys are only seeing 10% of his utility, forget his full corpus of work.
When I first met him he showed me a collection of advertising, billboards, portraiture, faux paintings (and yes, cartooning) in varied styles and fully possesses(to get academical (sic) for a moment) a grasp of liturate subjects and science; also a grasp of personal psychology that enfuriates when he turns it on you. But you still laugh. That's really the source of his funny; when he does it, it's true. Or so f'd up you can't believe some one could marry them and make them dovetail.
He once extemporated a string of funny shit in the studio and the last line was, "... Wreck of the Hesperous." I only remember that line out of the lot but it can still fold me over with laughter. To my knowledge, I've never even heard some one else say it. Those of you who know some letters (like my very little) will recognise Longfellow, maybe. It was just one of the funniest things I'd ever heard as a punchline in a string of funny shit that only Bob could wind out; that it would even be attempted. And accomplished.
Gifted linguist (Heinlein's highest estimation of intelligence) and riveting raconteur. Never stuffy. Unless that's the gag.
One more thing, I'm not speaking for him now but Bob is the actual guy at a party that really does get funnier the higher he gets. When looking for him there, find the crowd howling in hilarity and dig your way through to him.
Now Bob feels like a stack of pancakes. Sorry, Bob. But I finally got to say what I think in front of everybody.
This'll probably be uncomfortable until you make fun of the shape of Armando's head again (a big, pumpkin-headed, Rick Baker effect). Hee! Love, -t.

This is your ole pal Greg C from EHHS74.Haven't seen you since last Reunion.Give me a shout or reply.
I'll be in LA in a month with the gang and wanted to get together.